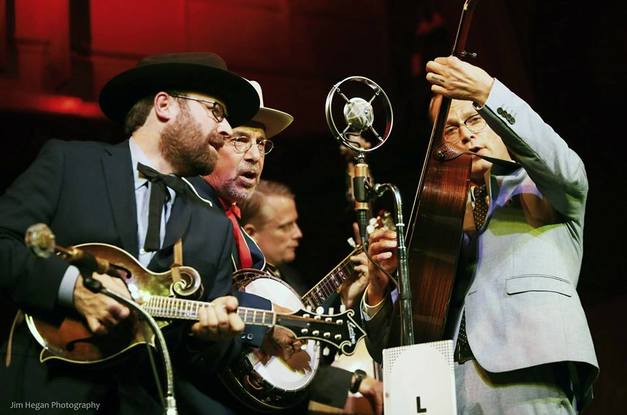 “The Lonesome Town Painters excel at combining skill and sentiment. Unlike some of their contemporaries, they make no attempt to veer from the template or add any unexpected elements to the mix. Rather, they do the opposite by simply adhering to a familiar formula. It works to their advantage; every offering sounds like a standard, one that’s practically indistinguishable from any of the music made by the masters...every offering keeps to that singular spirit of classic bluegrass through its emphasis, execution, and articulation. Simply stated, nominations for the IBMA Bluegrass Awards ought not be out of the question." – Lee Zimmerman, Bluegrass Today

​"The Lonesome Town Painters certainly meet, and even surpass, expectations. Their picking, lead singing and harmonies are impeccable. And their original songs (bandmembers wrote nearly all these 13 tracks) are starkly original and emotionally and thematically varied, even as they hew to strict early bluegrass conventions." Bob Allen, Bluegrass Unlimited

"The Lonesome Town Painters faithfully recreate the look and sound of classic bluegrass music. Gathered around a single microphone they bring the music of Bill Monroe and The Stanley Brothers to life with outstanding musicianship and performance.” – Pete Goodall, KBCS Bluegrass Ramble Show